There are still pet stores, garden centers and hardware stores in Germany that offer sentient beings as cheap goods for sale. So-called pet shops are especially attractive to people who often spontaneously buy a “pet” on a whim. However, sentient beings are not commodities, nor are they gifts. Every purchase of an animal in a pet store supports a billion dollar exploitative business and therefore enormous animal suffering.

In this article you will learn all about the animal suffering caused by the breeding and marketing of “pets” in pet stores, hardware stores and garden centers – and why you should never buy an animal, but always adopt it.

There are no legal regulations for keeping animals in pet shops

The so-called pet trade has been growing for years. In 2021, around 34.7 million animals lived in German households – not counting those in terrariums or aquariums. [1] Above all, the coronavirus pandemic and related lockdowns have caused numbers to skyrocket. It can be assumed that many of the dogs, cats and rodents come from pet stores, garden centers and hardware stores.

But the unimaginable suffering for which this industry is responsible is not apparent to outsiders. Since there are no specific legal regulations for the pet trade in Germany, millions of creatures find themselves in a near “legal void” every year. They are subject to the arbitrariness and profit maximization of a few people who see them as “piece of goods”.

Where do pet shop animals come from?

As a rule, pet stores, hardware stores and garden centers do not provide transparency about the origin of the animals offered there. When asked, they usually suggest to customers that the animals come from “good breeders next door” and therefore from “good conditions”. However, this is often not the case. Most of the creatures sold in pet stores, garden centers, and home improvement stores are mass-farmed, where they are “produced” in disastrous conditions. Or from small multipliers, who focus only on profit and not on the individual living being. The focus is on a permanent supply of young animals and new ‘goods’. This is also due to the boom in the young animal business. What counts is the mass, because that’s how profits can be made. The animal as a feeling person counts for nothing in the pet trade.

The pet trade investigation published by PETA in 2015 revealed the appalling conditions in the breeding industry for the German “pet market”. Thousands of guinea pigs, hamsters, rabbits, rats and mice thrived in large and small breeder breeding facilities in their own excrement. The animals were so neglected that a large number of them suffered injuries and diseases. The enormous stress sometimes led to cannibalism among the animals.

What animals are there in a pet shop?

Pet shops especially use the cute effect of young animals. Customers who are willing to pay should be attracted to the children’s program – moreover, the pet supply business is also a worthwhile business for these items. These types of animals are sold in pet stores:

Some pet stores also sell exotic mammals such as monkeys, muskrats and meerkats. However, it is impossible to preserve them in a manner appropriate to the genre in German salons.

This is what animals do in the pet shop

Many exotic animals as well as fish offered in pet stores, hardware stores or garden centers are wild caught, taken from their natural environment and thus their families and robbed of their freedom. A grim life of imprisonment, disease and often early death awaits them. This is how animals suffer in pet stores.

There is often a lack of veterinary care

In commerce, animals are stripped of their individuality, their needs are ignored, and their sensitivity to pain is often ignored – all that counts is the ‘goods animal’. Therefore, some sick and injured animals are also sold. Many animals do not leave pet stores alive.

Often there is not only a lack of proper veterinary care, but also professional advice for buyers. Additionally, there are no legally binding minimum requirements for cage sizes or equipment in pet stores. The Veterinary Association for Animal Protection eV (TVT) published leaflets on the pet trade. However, these guidelines only serve as an aid to the interpretation of the Animal Welfare Act and are not legally binding – just like the guidelines on minimum requirements for livestock, which the Federal Ministry of Agriculture and Food (BMEL) developed only for certain types of animals such as reptiles and parrots. Retailers may even “temporarily” fall below them. 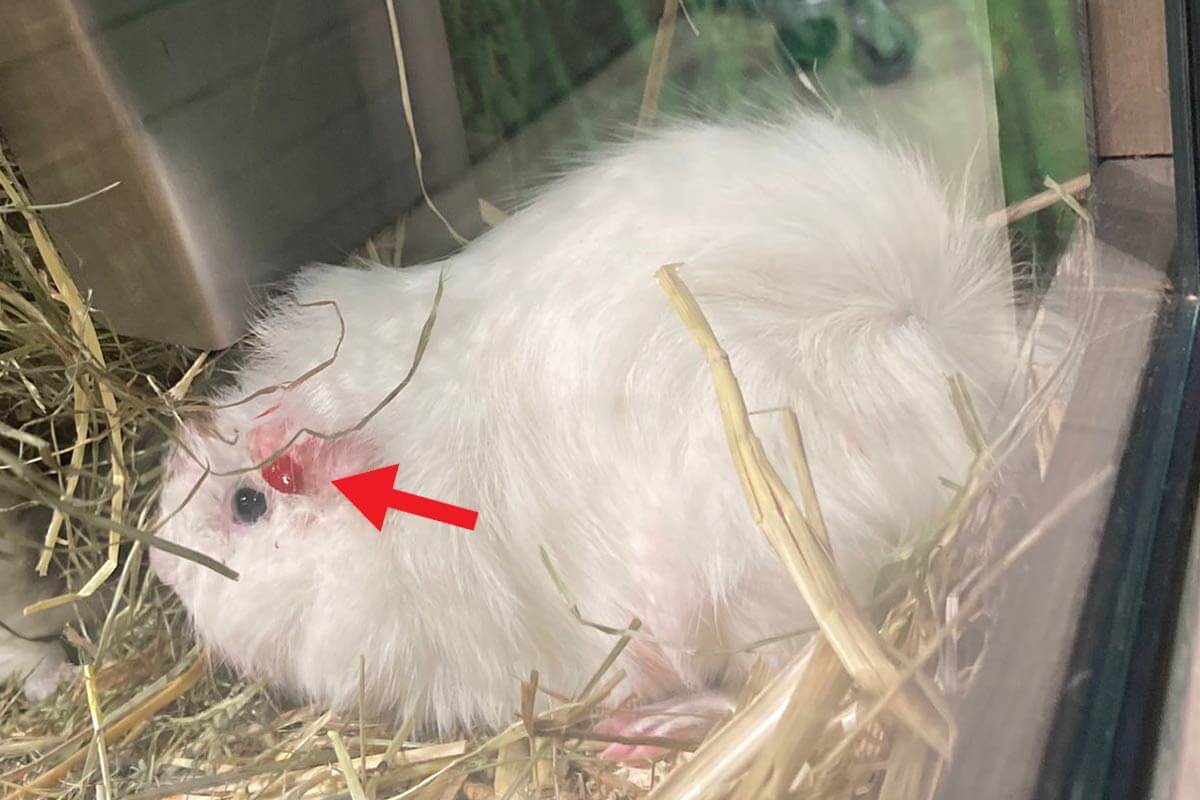 On investigation we found an injured guinea pig. 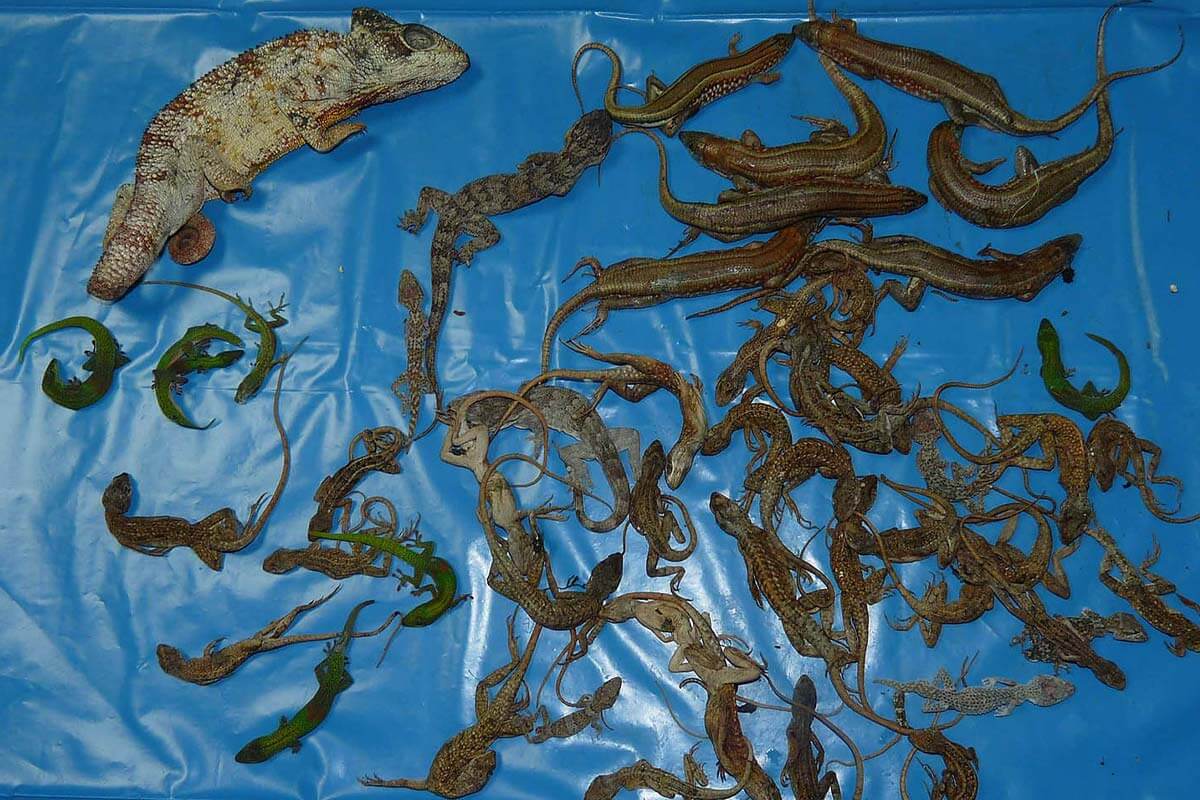 Many reptiles die during transport to Germany. 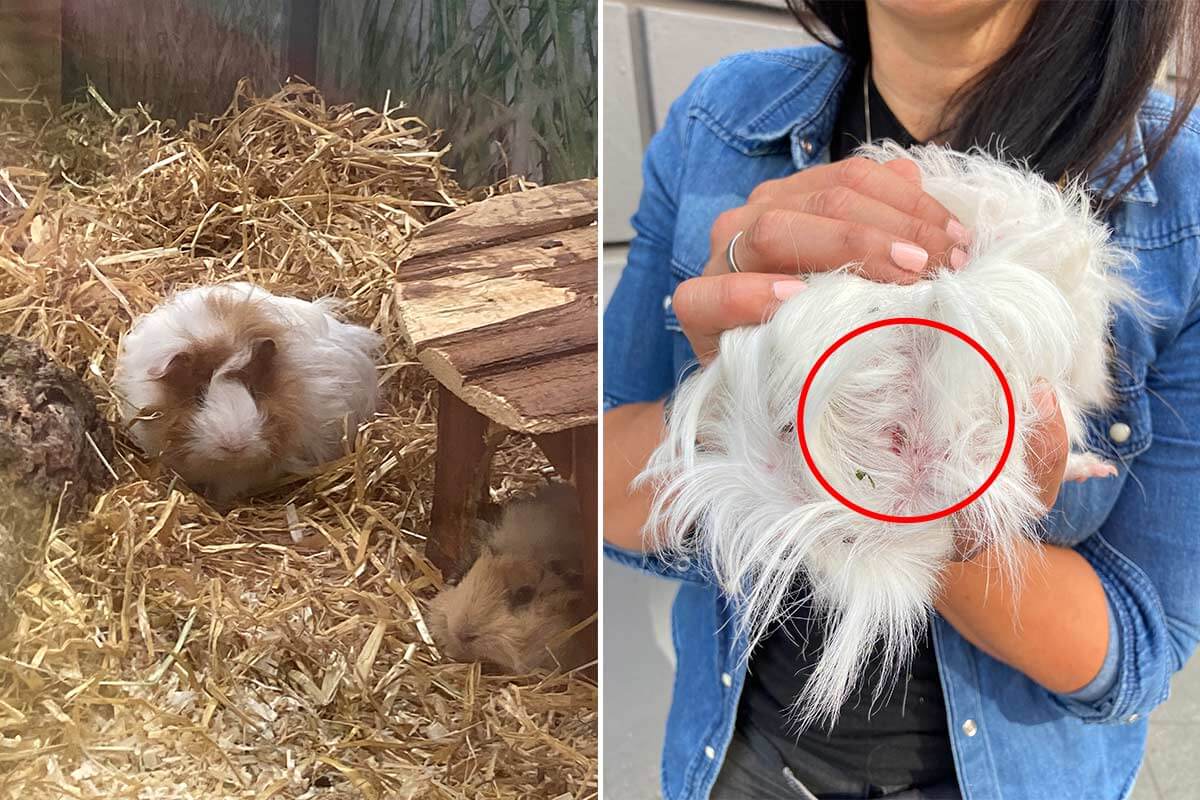 We found this guinea pig at the market with deep skin wounds.

Animals in pet shops suffer from these abuses

You can read more exposes of abuses in pet shops, but also successes for animals here.

Animal suffering is evident in pet stores like Zoo Zajac

An example of the enormous suffering of animals in pet shops is the Duisburg-based company Zoo Zajac. In addition to rabbits and puppies, exotic animals such as parrots and reptiles are exhibited there as entertainment items and some are offered for sale to private individuals. The origin of exotic animals is often uncertain, but the animals are often illegally captured by animal hunters in their home countries and locked in cramped boxes, transported to Germany without water, food and care for their needs.

What about animals that are not sold?

Some pet stores claim that workers will accept animals that are too old, too sick or not for sale for other reasons. Everyone should know that this pseudo-argument can only be applied in at least a few cases. While some animals are returned to breeders, many others end up in landfills and are killed. What happens to animals taken back by ranchers is uncertain. Rabbits, rats and mice are sold by pet stores to reptile breeders as live food or as so-called frozen food.

Since the pet shop business model is based on impulse purchases, many customers are unaware of the responsibility involved in keeping an animal and its needs. Many of the animals bought in pet stores then suffer in very small cages, receive food that is not appropriate for the species, or sometimes have to take their lives without relatives.

The bitter “end” of many impulse buys is that an overwhelming number of animals bought in pet shops are given back. At best, they come to the shelter as one of about 350,000 animals. The number of unreported creatures that are thrown away like garbage or abandoned, dying invisibly and inaudibly on their own, is great.

Without the animal trade – whether in pet stores, garden centers, hardware stores or online from breeders – massive animal suffering could be avoided.

The responsibility here lies primarily with buyers and stakeholders: Instead of supporting the laborious trade of live animals in pet stores, your path should lead to the animal shelter after due consideration. Give one of the countless homeless animals a second chance at life and consider animal adoption.

Petition for Pet Protection Act: End the suffering of millions of ‘pets’.

Did you know that there is no law in Germany that legally protects “pets”? Sign our petition now and call on the federal government to finally enact a law to protect pets. This would allow us to finally report complaints from which the “pets” in Germany suffer daily. This also includes an urgently needed ban on the sale of animals in pet shops.